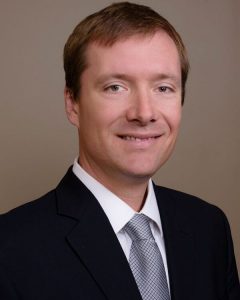 CEO DANIEL MCGUGIN is moving apace to expand Nashville-based CoreCommerce's role in the e-commerce ecosystem from successful shopping-cart and software provider to a robust fintech platform with a strategic role in payments.

The firm continually runs at financial breakeven or better, said the CEO. It earns revenues from subscriptions and-or transaction fees. It continues to grow its team -- now 12 FTE in the U.S., India and the UK -- with its software as a service (SaaS) technology now in use by subscribers in 48 of the Fifty States and in 14 nations.

McGugin, 42, acknowledged that the horrendous COVID-19 pandemic has triggered exponential compounding of e-commerce volume, without which few businesses large or small can operate. The vital role of ecommerce is reflected in share prices of such firms as Amazon and Shopify, he added.

Thus, he said, while today he has no active M&A program, he "absolutely" aims to forge partnerships of various kinds for any market that makes sense in the context of advancing CoreCommerce's technology and business goals.

He noted that the fintech M&A market is "vibrant," and he gets calls daily from executives asking whether he wants to buy or sell, or looking to advise the company on strategy and related matters.

Value-added will always be key in alliances, as well as in considering outside investors.

While he has no need for outside capital today, he "most certainly" will consider such a transaction in future. Any such deal would surely involve a partner or sponsor with substantial payments-fintech presence and market influence, he added.

Beyond that, hosted payment pages are the company's second anchoring ingredient. Hosted pages, each with their own siloed code, reside behind the partition of CoreCommerce's payment card industry, or PCI-compliant data and security standards. The company already supports via automation more than 14,000 such template-based pages, and can provide custom services, as well, said McGugin.

Hosted pages enable any merchant, tradesmen, venue ticket seller or others who want to minimize dealing with payments infrastructure to complete card or card-not-present transactions via a CoreCommerce hosted page, via their own website or via mobile, desktop or other devices.

The company has also introduced a private-labeled dashboard for payments and related data reporting. It is being marketed primarily to value-added resellers (VARs) and independent sales organizations (ISOs). The offering is capable of full reporting of transactions, commissions, residuals and any other data that touches e-commerce payments.

The CEO said his interest in Core Commerce was piqued about a year ago, and he'd naturally been thinking of the cornerstone role that e-commerce plays since he entered the payments sector in 2014.

Asked about CoreCommerce competitors, McGugin noted they include Magento, Woo Commerce, Stripe and Authorize.net (a Visa solution), to name a few across various segments of the business.

Terms of McGugin's acquisition have not been disclosed, but the CEO confirmed that prior investors who retain minority stakes in the company include Peter Marcum and Robert Echols Jr., who are otherwise most widely known as founders or co-founders of DevDigital and BargainHunt, among other interests.

The CEO, Marcum and Echols are the company's board, chairman by McGugin. A traditional advisory board is also to be formed.

The company traces its roots back to about 2001. Marcum and Echols had acquired it from local entrepreneurs and investors Matt DeLong and Michael Thompson, who operated the business as Sum Effect Software.

Its accounting is with David Osborne & Associates and the company banks with Pinnacle Bank's John Markham.

Its website was recently refreshed by New Wave Creative, led by Allen Willis, who recently launched his company.

McGugin is also sole owner and CEO of Iroquois Merchant Services LLC, which focuses on credit card-based payment processing solutions. Corrected: He has named Alastair Miller the president of IMS.

He holds a bachelor's from Vanderbilt University and a master's in education, with concentration in sports admin-management. His LinkedIn is here.