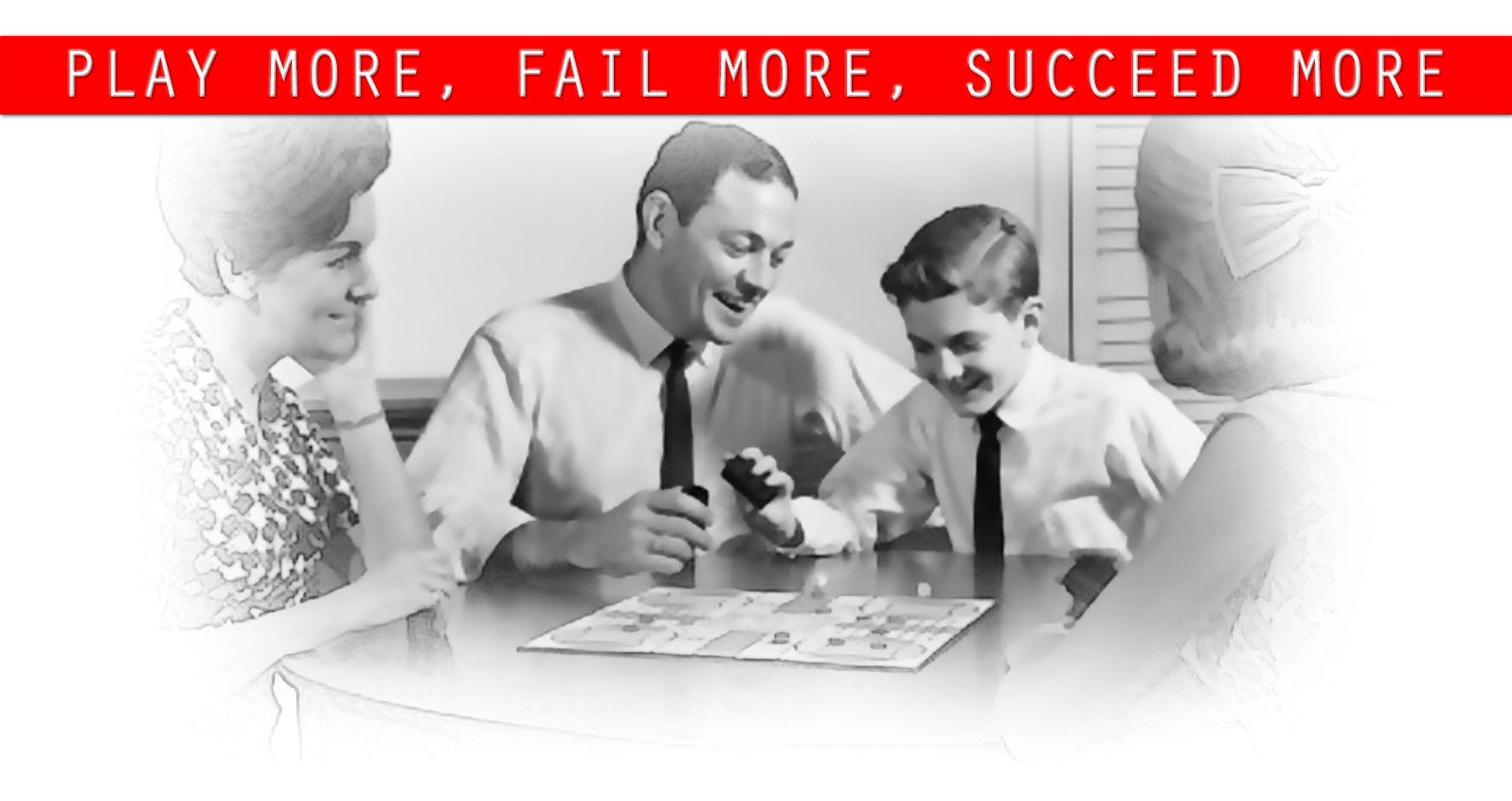 According to the Toy Industry Association Inc., non-digital games and puzzles made nearly $2B in sales in the US in 2013 and the “hobby game” market has grown 15 percent a year on average for the past five years. NPD Group also reports that sales of family board and action games grew 5 percent in 2012 and 14 percent in 2013.

In fact the average American plays 23.2 minutes each day – that’s approximately 145 million hours of gameplay each year as a country.

That's a lot of gaming!!

The great game designer, Jane McGonigal, reports that there more than half a billion people worldwide playing video games at least an hour a day (with just over a third in the U.S.). Further, age is absolutely a factor, with 99% of boys and 94% of girls under 18 have reported playing regularly.

Today, McGonigal says, the average person racks up 10,000 hours of gaming by the age of 21 – which is 24 hours less than they spend in a classroom for the entirety of middle and high school–but only if they have perfect attendance. Researchers like McGonigal posit the simple thought that if we are spending this much time playing games, and if games really aren’t that good for us, then don’t we as a species have a catastrophic problem?

Fortunately, McGonigal and others, including Martin Reeves and Georg Wittenburg (Your Strategy Needs a Strategy (Harvard Business Review Press, 2015)), have pointed out that more games, not fewer, are needed. These researchers point out that there are an incredible number of opportunities provided by games, including:

So there you are playing your favorite game and your character dies, your car crashes, your time runs out, or you land on someone’s hotel. What to do? If you’re like most of us, you start again. In fact, research shows that gamers fail to meet their goal a staggering 80% of the time, but instead of putting the game away, it turns out those same gamers are developing the intense fortitude, focus, and resilience to try again and again. That is the kind of grit that businesses hunger for.

The Bottom Line for Business

The average and median age of company founders when they started their current companies was 40 according to a 2009 study.

Let’s face it, if you’re a founder: You play games.

According to Bloomberg, 80% of entrepreneurs starting a business will fail within the first 18 months. I’ve done that before and I’m not ashamed to admit or own that failure… it is this process of trial and error that allows us to iterate on ideas, create new hypotheses, and test them out. If you’re like me, you’ll learn more from your failures than from your successes.

In his book Decision Pulse, Nick Tassler relays the story of the 13th century Turkish sage, Nasreddin, who shared the lesson with one of his protégés as they traveled together:

“Master, where do good decisions come from?” the younger man asked.

They rode a few steps further when the younger man asked him another question. “Master, where does experience come from?

After thinking for a moment Nasreddin answered “Experience comes from bad decisions.”

I used to have signs on the wall to remind myself and my team to “Make More Mistakes” and “Fail More Often”. The trick is learning how to make your mistakes early and often, manage the impact/size of the failures, and quickly integrate the lessons from your failures to iterate and improve on overall performance and strategy.

Play more games in your organization in order to iterate and fail more quickly and more often. If you don’t have a game that is an analog to your business model, then create one. Make it cheap, fast, and public. Then play it (and play it often) so that you can fail rapidly and repeatedly until you figure out the right strategy for success.

How can more gameplay work for your team?