Bird Is or Isn't The Word? 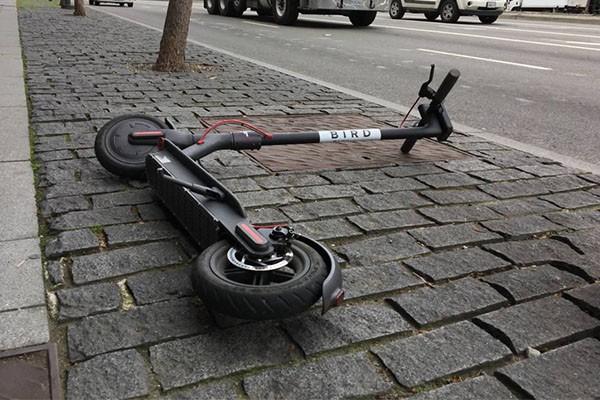 There have been many conversations in Nashville recently about how to improve our public transportation system to meet the needs of our growing population. Perhaps you have noticed in the past couple of months an influx of men and women flying around the downtown area on electrical scooters. This new form of transportation was one solution offered by a company called Bird. The company was founded in 2017, and its main vision was to provide a shared transportation system that was environmentally friendly, user friendly, and friendly on the rider’s wallet.

A Bird scooter is the ideal mode of transportation for a person who needs to get to a place that might be too far to walk, yet too close to call a Lyft or an Uber. The user simply downloads the Bird app on his or her smartphone, which pulls up a map locating the closest Bird scooters that are available to ride. After finding a scooter, the user then uses the app to unlock the scooter and begin riding to his or her destination. Since this is an electrical scooter than can reach up to 15 mph, the battery needs to be charged nightly to be of use to the public. So, through the Bird app, a person can sign up to be a charger who collects up to ten bird scooters to charge at his or her house. After a full charge, the charger is then responsible for releasing them the next day to appropriate locations deemed by the company. Being a part of the charger community is an easy way to make quick cash with minimal effort. All of this on-demand transportation sounds pretty simple, right? Unfortunately, Metro Nashville was not prepared for the arrival of this new form of transportation.

The main issue that Metro Nashville had with Bird scooters was where riders were leaving their scooters after reaching their destination. More often than not, scooters were left on public sidewalks, public greenways, or public streets. Even though the company has built into the app appropriate places to park scooters at the end of a trip, many riders did not follow these guidelines, which created a mess for visitors and residents of downtown Nashville. In May, Metro Nashville took action by impounding around 150 Bird scooters that were parked in public areas. On June 7th, Bird declared that it would move on to other cities to operate until Metro Nashville finalized city regulations. Bird did not have to flock far to bring its on-demand personal transportation to a new city. The Bird scooters have now landed in Memphis, TN. Time will tell if the flock will return to Nashville, but the company’s value has been increasing to $2 billion since June 12th, according to the New York Times.