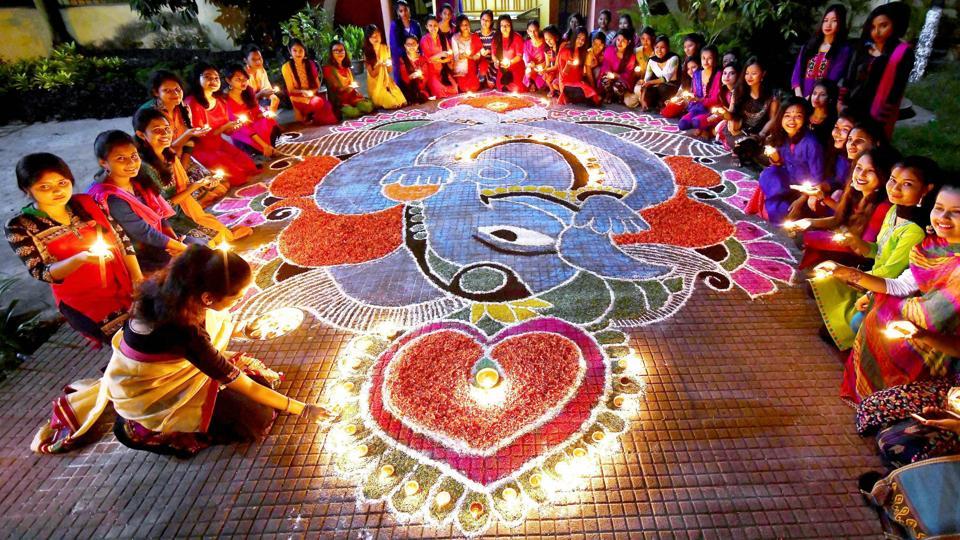 Diwali is the five-day festival of lights that is celebrated by millions of Hindus, Sikhs, and Jains across the world. The festival, which coincides with the Hindu New Year, celebrates new beginnings and the triumph of good over evil and light over darkness. Diwali is one of the most significant festivals in Indian culture. Millions of people celebrate by attending firework displays, prayers, and celebratory events across the world every autumn. The actual day of Diwali is traditionally celebrated on the third day of the festival, which this year will be Wednesday, November 7. The celebration usually falls between the middle of October and the middle of November. This year, the festival will be celebrated November 5th-9th.

The celebration features various rich, savory, and sweet dishes. While eating out is popular, families mostly prepare food at home for their guests. Unlike the traditional roast turkey at Christmas, each family celebrating Diwali has their own favorite meal for the festival. The food will most often play a central theme to the celebrations!

While each faith has its own reason to celebrate the festival, one of the most popular stories is the legend of Lord Rama and his wife Sita returning to their kingdom in northern India from exile after defeating the demon king Ravanna in the 15th century B.C. The festival is celebrated with large firework extravaganzas, to remember the celebrations that took place upon Rama’s return as locals set off their own version of fireworks. During Diwali, there is a strong belief in giving food and good to those in need, as well as sharing with friends and family. It is also traditional for homes to be cleaned and new clothes to be worn during the celebrations.