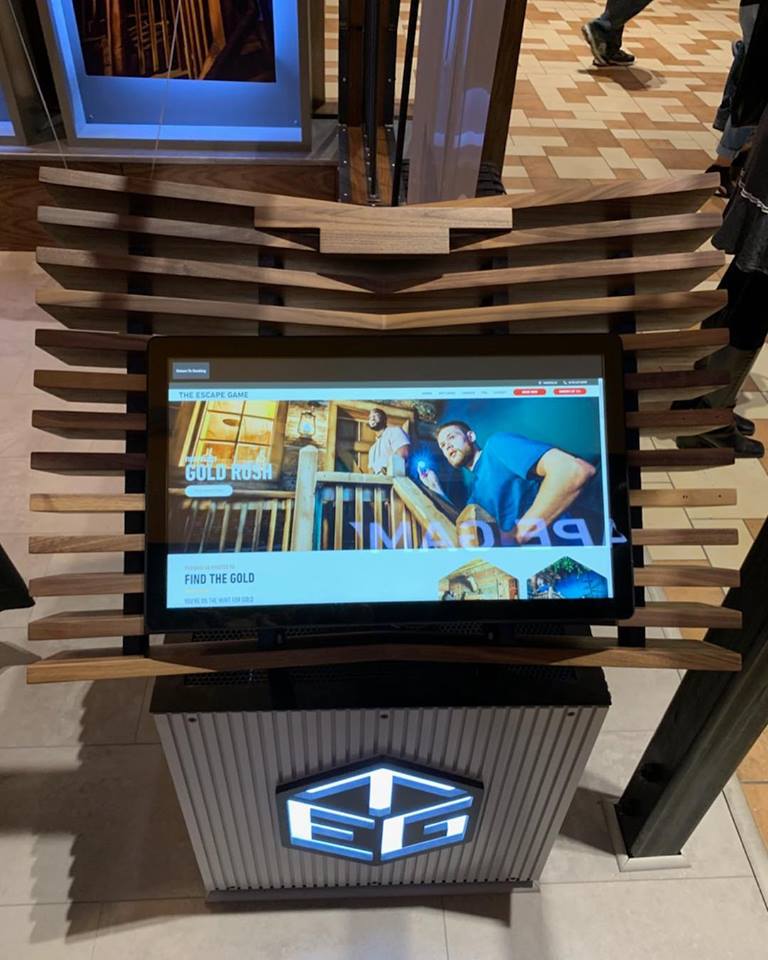 The Escape Game is quickly becoming America’s favorite real-life, puzzle-solving experience, with a variety of platforms for thrill-seekers to choose from.

The popularity of the escape room phenomenon has been exploding over the past couple of years now. In 2014, there were only 22 escape rooms in America. Now, that number has eclipsed to over 2,000, including three Escape Game locations in the Nashville area. Escape Game seems to have laid claim as the most popular escape room company across the United States

Even with three, the sites all get a heavy barrage of visitors looking to test their wits and nerves as they try to work together to complete the objective assigned to them. To combat the large crowds, the Escape Game at Opry Mills have installed kiosks outside their location, helping cement that they might not be just the most popular escape room company, but also the most technologically advanced.

If you’ve ever been to some of the concession stands at Bridgestone Arena or select fast-food restaurants, you’re probably familiar with kiosks. They’re becoming an easy and convenient way for folks to quickly enter their information and their requests in a timely manner that help keep the lines moving.

DevDigital had a hand in designing the software of these kiosks, looking to make the experience with these as user-friendly as possible.

The kiosk software developed by DevDigital, like many others, is URL-based, but it cuts off at the top of the web browser address to prevent it from being changed. The booking widget used to schedule times is built into the Escape Game’s website.

The efficiency of these kiosks for customers could help boost sales at this location. According to studies published in a Digital Signage article regarding theme parks and kiosks, “Visitors said they would spend more money if kiosk technologies and mobile apps were in place; and they would increase their spending from $45 to $250 per head on food and merchandise. The figures are part of Omnico’s Theme Park ROI Barometer, which surveyed 683 consumers from the U.S. who have visited a park within the last two years, along with 2,653 from the U.K., Japan, China and Malaysia.”

Of course, comparing a massive theme park that might have dozens of kiosks scattered throughout to one location is apples to oranges, but the results for satisfaction could be similar. Word can travel fast about having an enjoyable experience just as much as it can with someone who was dissatisfied with their time. If the Kiosks are effective at keeping the Escape Game guests moving to what they came here for, and having to spend less time in lines, then the reaction could create favorable feedback, thus prompting more people to visit the Opry Mills location.