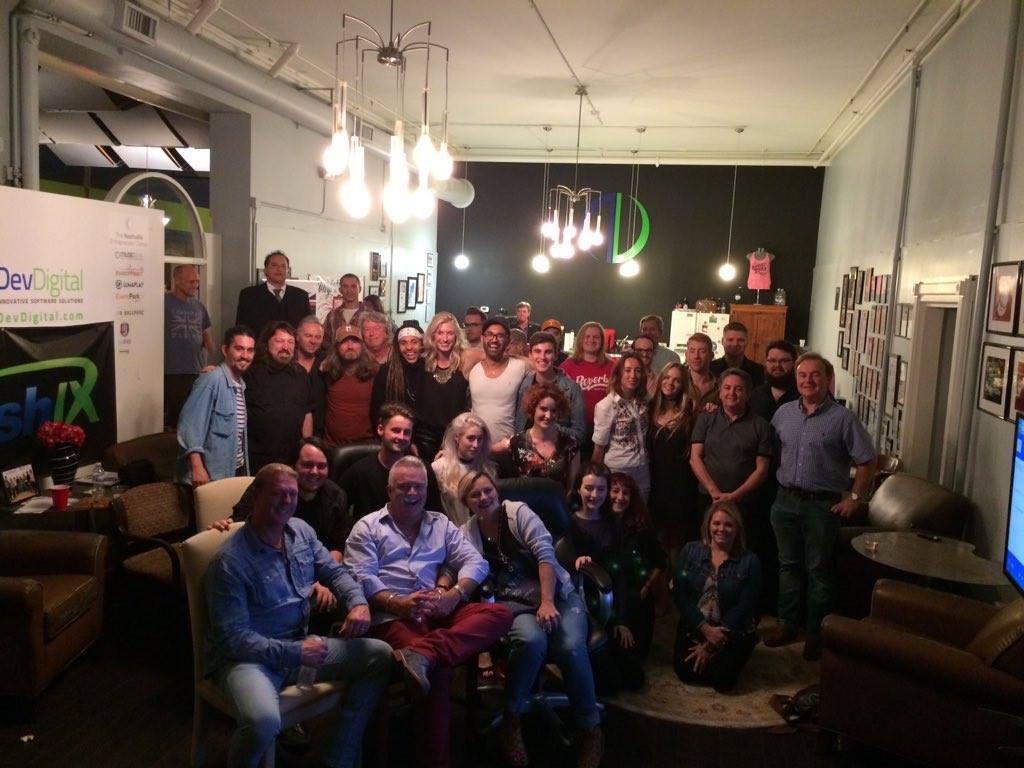 The fourth annual UK to Nashville Songwriting Camp recently took place in Nashville. The camp ran from September 19th-23rd with the mission of creating new relationships between the vibrant emerging music scene of the UK and historic Nashville music markets. The week concluded with a listening party at our Downtown Nashville office.

UK and USA based songwriters attending the camp were divided into teams composed of two UK writers and one Nashville writer. Teams started work bright and early each morning and wrote from 9am-12pm. After breaking for lunch, writing teams transitioned into local recording studios to create demos of the songs that were written by the teams in the morning sessions. Songs were written and actualized in the same day.

Halfway through the week, camp attendees gathered in Palmer’s home to listen to members of the Nashville music community speak and answer questions from the writers. The week culminated with a listening party sponsored by Kalatech and took place at Kalatech and DevDigital’s shared downtown office.

The songwriting teams created new songs that will potentially be pitched globally by Nashville and London based music publishers. The UK writers in attendance not only kept to their work schedule, but also met with Nashville music industry representatives, played at local writers’ nights, and soaked up all that Nashville has to offer.

This camp forges true relationships, creates new and successful writing teams, and establishes ties between Nashville and the UK in new and exciting ways. Kalatech is proud to have been a part of this memorable event.

Plan View Pro Goes Live
It's An Exciting Time For Us...