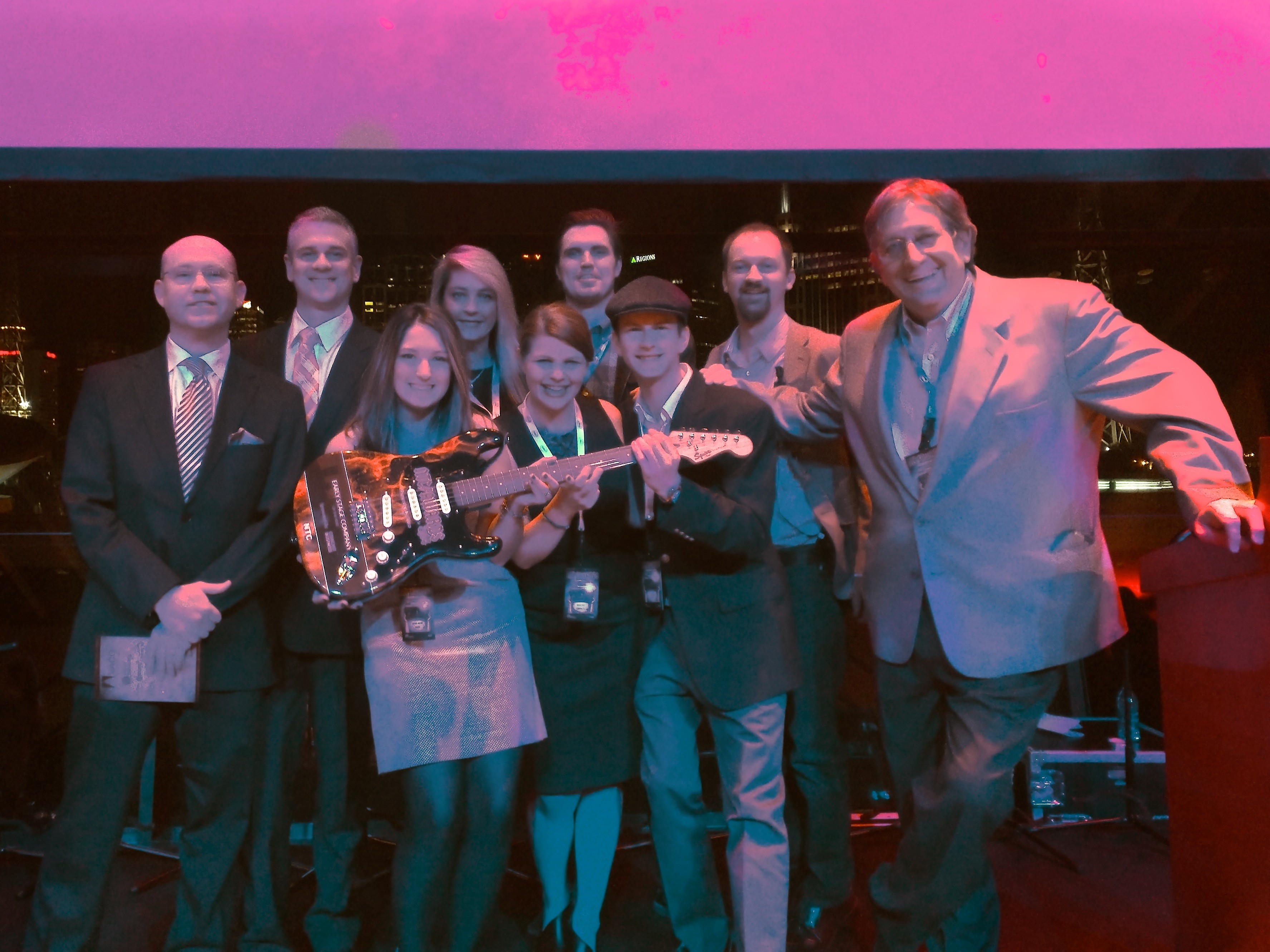 Around the Dev offices, they’re known as “Pod 1” because their desk grouping has been around the longest. NOT because they're the best pod -- as they seem to think they are.

But, even their rivals in the pod war have to acknowledge that, in the Nashville music and tech scene, kalatech is a growing force attracting attention from artists and entrepreneurs alike.

Last week kalatech won the Nashville Technology Council’s Early Stage Company of the Year Award. They were part of a great field of candidates, including mobile ECG company InvisionHeart.

Kalatech launched full force in May of 2014 with a suite of 3 software products designed to make life in the music business a little easier. In the last 8 months, their Booking, Touring, and Publishing software have attracted huge names in the business.

The client list includes big name stars like Blake Shelton, Jason Aldean, and Luke Bryan, as well as new(er) names like songwriters Shane McAnally and Brandy Clark. All told, “Pod 1” has over 70 clients and they ring the new client bell almost daily.

“I’m beyond honored and excited for kalatech,” CEO Brittany Wegesun posted on LinkedIn. “Incredibly proud of my team Melissa Hollis, Max Black, and Will Hackett.”

In addition to the NTC honor, Brittany and kalatech are also very involved in the new Project Music accelerator, which geared up last week.

2015 is going to be a big year for kalatech (and DevDigital, for that matter!) We’re excited to make more announcements and bring on exciting new clients this year.

And, the rest of us in the office are excited for them, too. But, this doesn’t mean they win the pod war!!