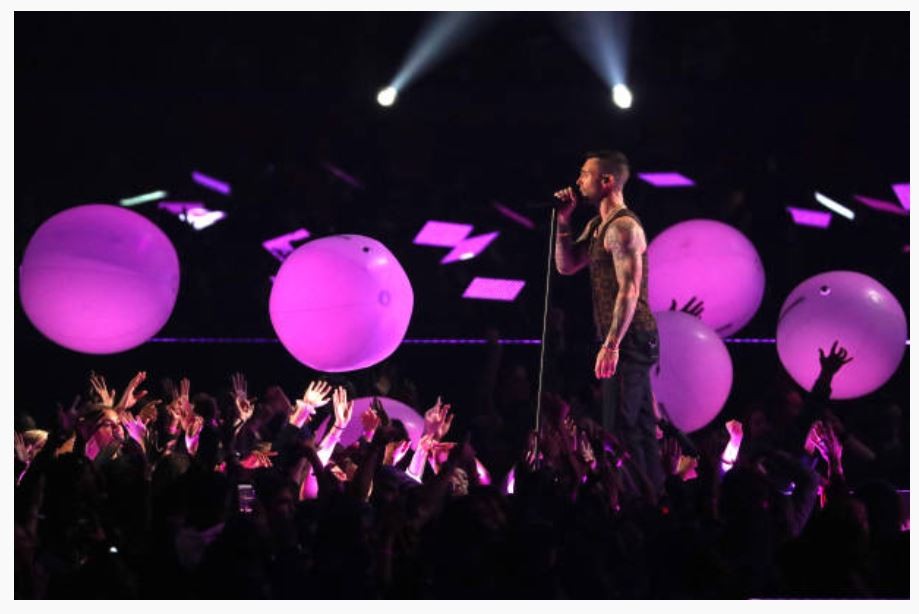 The Super Bowl is widely regarded as one of the most globally-watched television events every year, and one of DevDigital’s clients, Glow Motion, played a big part throughout the weekend for Super Bowl 53.

Glow Motion, who puts together interactive LED lighting displays and installations for sporting events and concerts, was asked to create such installations for the halftime show featuring Maroon 5, Travis Scott, and Big Boi.

Mitch Ballard, one of DevDigital’s founding partners, was on site in Atlanta to help oversee the procedures. He is also the global sales manager and handles day-to-day operations for Glow Motion, so he played a big role in putting everything together.

If you watched Maroon 5 play, you may have noticed the LED beach balls bouncing around the crowd. Those were a product of Glow Motion, and there were 100 of them in total that night. 950 custom LED panels were also built around the M-shaped stage. DevDigital built the software for bitmapping the LED lighting elements, which are fully controllable and can interact with the other beach balls and panels, changing colors throughout the show.

But the halftime show wasn’t the only event Glow Motion was involved with during Super Bowl week. At the NFL Tailgate Party, 400 kinetik winches were installed to control 230 LED spheres and 36 custom made triangles that populated the ceilings of various areas.  Each sphere and triangle were motion-controlled by the winches.

Glow Motion is no stranger to the Super Bowl festivities. In fact, their product was honored for an Emmy in 2015 for their work at Super Bowl 49 when Katy Perry performed at halftime. They also played a role in some of the visual technology in Super Bowl 51, when Lady Gaga was the featured act. Glow Motion has also done work for Drake during his tours and concerts, as well as for Cassadee Pope.

You can find more about Glow Motion Technologies by going here.