What The Market Data is Telling Us

I like analyzing data. I spend lots of time managing our financials as well as all of our operating data. I also study the market data. The reason I watch all this data is because it helps me make informed decisions about the future of our business.

Over the last couple of years the more informed I’ve become the more I’ve realized I need to be informed about things outside of my normal scope. I am sure every business owner can get caught up in watching the data relative to their world while missing the big picture of changes happening all around them. Sometimes, and more often a lot of times, it is the bigger picture of sudden changes that have the greatest impact on your business. And sudden changes are just cumulative effects of small changes that have been happening over time.  So I’d like to share just a few macro changes that are beginning to affect our business and I am sure yours.

The Changing Dynamic of Retail: 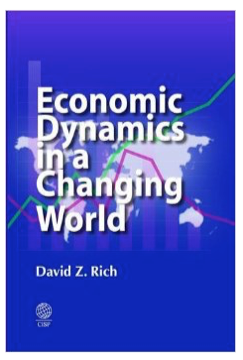 The Wall Street Journal recently reported: “Economic data released on Friday showed the U.S. economy entered 2016 with little momentum from one of its key sectors. U.S. retail sales fell 0.1% in December, and were up just 2.1% for all of 2015, compared with a 3.9% annual gain the previous year, the Commerce Department said on Friday. That was the weakest year for sales growth since the end of the recession in 2009.”

“Faced with slow-growing sales and the shift to online shopping, Wal-Mart Stores Inc. has been pouring money into e-commerce activities and store employee wages, moves that have depressed profits and its share price. Now, the world’s largest retailer by sales is joining smaller chains, including Macy’s Inc. and Gap Inc., in shrinking its U.S. footprint.

Wal-Mart said it would close 269 stores around the world, including all 102 Walmart Express stores, a smaller format created in recent years as the company searched for growth beyond its massive Supercenters. The retreat is a blow to the retailer’s long-time goal of boosting sales more quickly by blanketing the country with smaller stores. The closings would eliminate 16,000 jobs, including 10,000 in the U.S.”

Out of this article it is clear that retails sales have slowed, online shopping and e-commerce has increased and the net effect to the country’s largest retailer has seen a 29% reduction in stock price. Ouch!   Brick and mortar sales have been declining for years while online sales have been increasing. That is why DevDigital just invested in an asset purchase of CoreCommerce, an Ecommerce platform with over 30 features, operates in multiple languages in multiple countries, multiple currencies, integrates with over 50 payment gateways and processes over $1 billions a year in transactions.  See our full story on CoreCommerce here.

Work and Economics of Consumption Has Been Disrupted 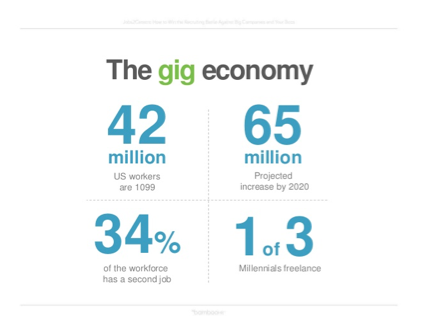 Talk about data that is indicative of change. Let’s look at work and consumption, i.e. the sharing economy.

A Time Magazine article reports: “There is no one name—whether sharing economy, gig economy or on-­demand economy—that captures the diversity of this disruption. But it’s clear that the demand for this way of working and consuming is profound. According to a first-of-its-kind poll from TIME, strategic communications and global public relations firm Burson-Marsteller and the Aspen Institute Future of Work Initiative, 44% of U.S. adults have participated in such transactions, playing the roles of lenders and borrowers, drivers and riders, hosts and guests. The number this represents, more than 90 million people, is greater than the number of Americans who identify, respectively, as Republicans or Democrats. (Poll figures exclude adults who are not Internet users.) “This is a disruptive explosion that we’re seeing,” says Michael Solomon, a professor of marketing at Saint Joseph’s University. “Is it good or bad for workers? The real question is, What kind of worker are we talking about?”

“The vast majority of these 42 million people who have so far offered goods or services have other sources of income and describe their experiences in this new economy as positive, according to the poll. About one-third, whom we might call motivated offerers rather than casual ones, aren’t just earning extra bucks; they either make more than 40% of their income in this economy, describe it as their primary source of income or say they can’t get work in a more traditional job.”

At DevDigital we’ve watched this trend for a while and we kept asking ourselves “besides the shifts in the business model what are the additional solutions this growing market needs?” Every new market starts out by solving a problem snd every solution actually creates new problems. For us the challenge is who will come to us and ask us to build a solution for the problems created by these new solutions? Should we simply research the issues ourselves and build the solutions for this market as our own product? Time will tell but we view this as yet another huge opportunity for us or someone else able to see beyond the existing data and into the future.

What Else Does The Data Say?

From my perspective the two data points represented above stories are just the tip of the iceberg of changes that will come in 2016 and beyond.  It is clear the advancing technological developments will reduce the need for increased labor, that we will see a continued demand for organizational efficiency, transparency and improved quality throughout 2016.

As a result DevDigital will be rolling out several new digital business tools to help organizations better manage time, resources, customer experiences and employee engagement. The current data points to these issues as critical to survival in a changing world. We will be sure to cover these in more detail in future newsletters.

eLearning Solutions are Exploding
Digital Technology Is More Than Marketing